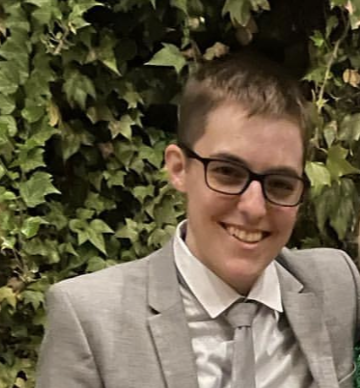 On this website you will mainly see links to open source contributions I have made to Firefox's debugger. As a Firefox contributor, I implemented a new type of breakpoint in the debugger and met many cherished friends along the way. My original field of study is classical piano, music theory, and composition. My introduction to music-related programs and computer art initially drew me to software. Since I have the opportunity to evangelize, while you are here, consider listening to one of my favorite pieces (complete with commentary) by my favorite composer, J.S. Bach.

The front-end code for watchpoints provides an interface for the user to add/remove a watchpoint from the Scopes pane. It then needs to tell the server about the new or deleted watchpoint. The client code also updates watchpoint data in the Redux store in order to immediately update the user interface with the watchpoint icon before the debugger is resumed.

The server code for watchpoints takes advantage JavaScript's native Object.defineProperty method in order to make a call to pause the debugger each time a property on an object is set or read.

Built using React, Redux, Tone.js. Three Square is a set of sequencers that produces minimalistic and cyclic music. The first two sequencers use the piano timbre while the third provides pad accompaniment playing 16x slower than the top sequencers. The user can introduce rhythmic syncopation by changing the number of beats per cycle. Three Squares also has note presets and customization.

Built using React, Redux, Express, and Mongoose/MongoDB. This app is a Trello-inspired productivity manager where users can manage projects with shared boards. Each board has a list with cards, and cards can be moved from one list to another. Add other users to your board to collaborate. Card due dates and descriptions keep teams focused on important deadlines.